When it comes to Arkansas’ natural beauty, no one has captured it better than Tim Ernst, Arkansas’ well-known wilderness photographer.
We are pleased to share a few of the many of photographs of The Natural State covered in ice and snow that he has taken during his 45-year career.
“We don’t get many big snowfalls in Arkansas, but when we do I love to run out at dawn and photograph the winter wonderland. The stillness is often so quiet that you can hear it,” Ernst says. 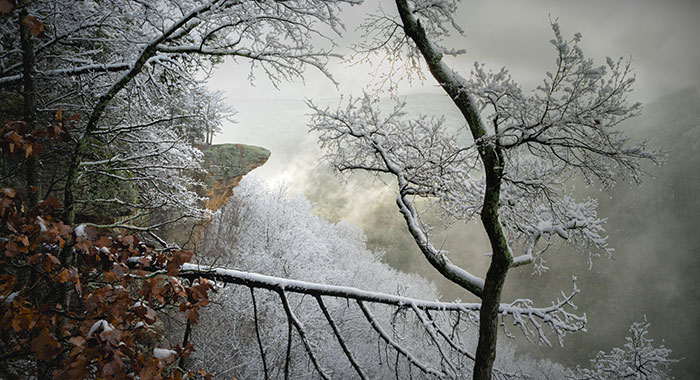 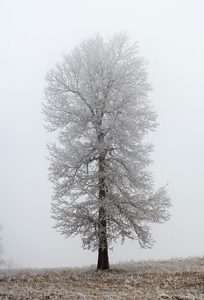 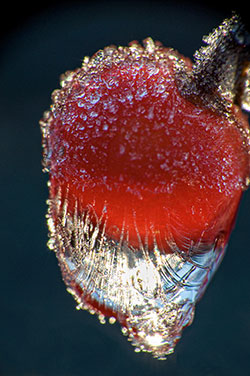 Ice and an upside-down drop of water cling to a red berry, reflecting the winter wonderland around it — when it melts, a songbird is likely to swoop down and gobble it up! 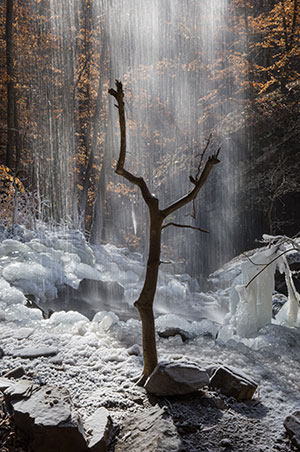 Spray from an unnamed waterfall creates cave-like formations of ice around its base. Beech trees in the background keep their golden brown leaves all winter. 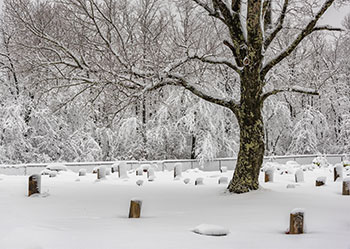 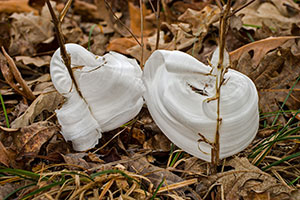 These “frost flowers” are ribbons of frozen sap and water that ooze from within the stem of certain plants (usually frostweed) on very cold nights of early winter. They are wafer-thin and delicate. 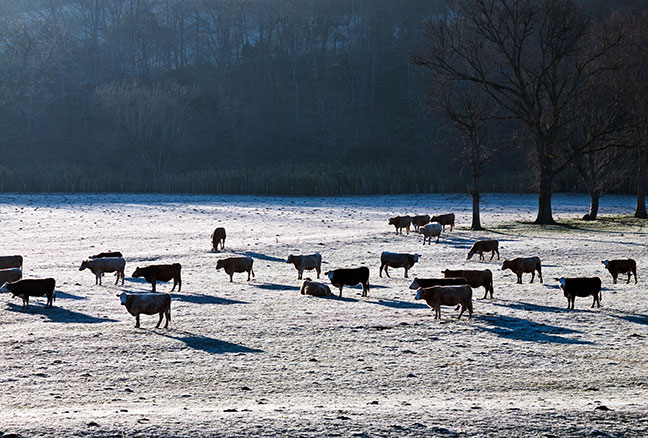 Cattle face the rising sun (most of them!) on a frosty January morning. 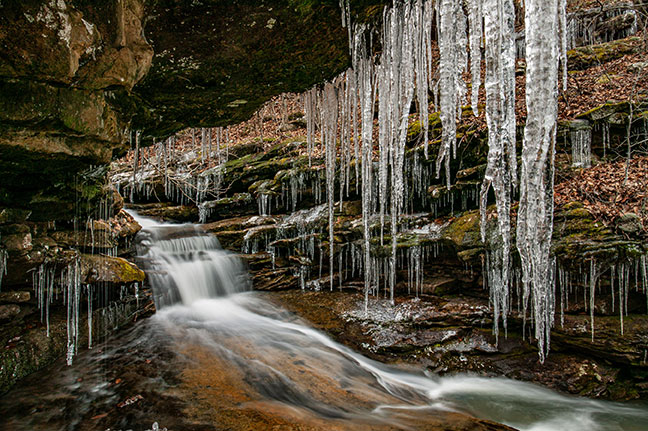 Clear ice and pristine water. I crawled under this overhang to get a better view of the cascade, then I bumped one of the icicles, and it slid inside my coat and down my back! 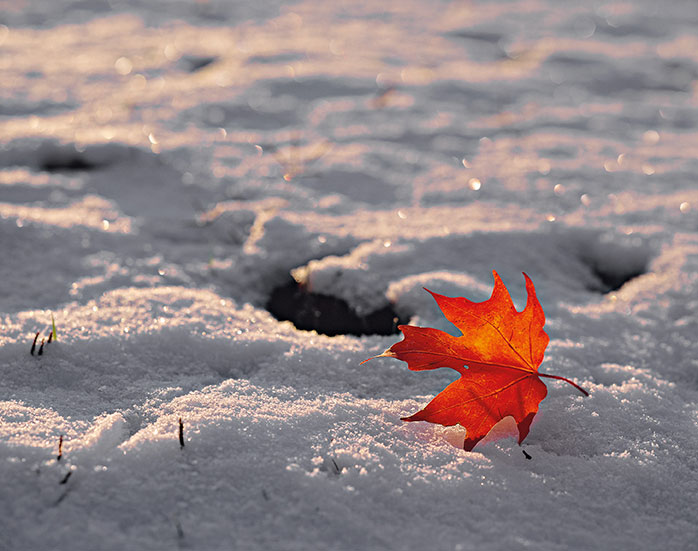 This maple leaf got caught in an early-season snowfall. We had a rare October snow one year while I was out chasing fall color. The sky cleared overnight, and the bright sun came up early and full of howling wind. The snow must have liked this lone maple leaf because it was holding onto it for dear life, not allowing it to blow away. 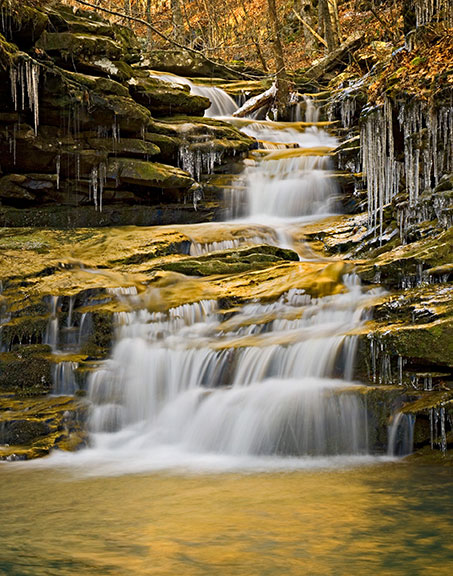