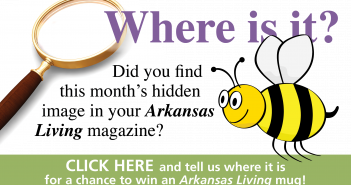 Quadrillion.” It’s a Round Two word at the March 5 Arkansas State Spelling Bee that means 1,000,000,000,000,000 — a million billion. It’s also how many words it seems like radio personality and pronouncer Tom Wood has challenged impressive students to spell before a victor finally emerges after two dozen rounds and three-and-a-half hours. This is

When Calico County restaurant opened in 1984, the owners endeavored to offer traditional American foods and excellent service in a family-oriented environment. After 38 years of following that same mission, it has endured as a successful Fort Smith staple. The delightful scent of home cooking wafted through the restaurant as I explored the antique collection

Toward the end of May, flags and flowers will decorate many of the more than 60,000 graves at the five dedicated veterans’ cemeteries in Arkansas. A large majority of these honored men and women survived their military service, whether in war or peace. But their deaths, sometimes decades later among loving families, still deserve the